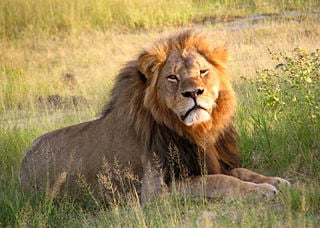 As many of you know, I was a TV news anchor/Managing Editor/News Director for a long time.  I won several awards for excellence in journalism and was honored by the US House of Representatives and the State of Michigan for my reporting after the attacks of 9/11.  Yes, most of you know me as a radio editorialist, commentator, pontificator, monologist and entertainer but , I am well-versed at being a journalist.  What we’re seeing from the Big Media is NOT journalism.  It is, in fact, activism. Before you have a fit and tell me how you weep for the death of a lion in Zimbabwe, I have a few questions for you: Now, let me ask you this — I know you can tell me the lion’s name.. but, can you: Just a little sobering, isn’t it?  Stop being told what to think and try being a critical thinker on your own for once.  The death of this lion is a non-story compared to the others I just named.  You know, the others you don’t know much about.  As Hillary Clinton and the Obama administration continue to stand by Planned Parenthood, the networks would love you to continue to focus on an animal many eat to sustain themselves. Pags