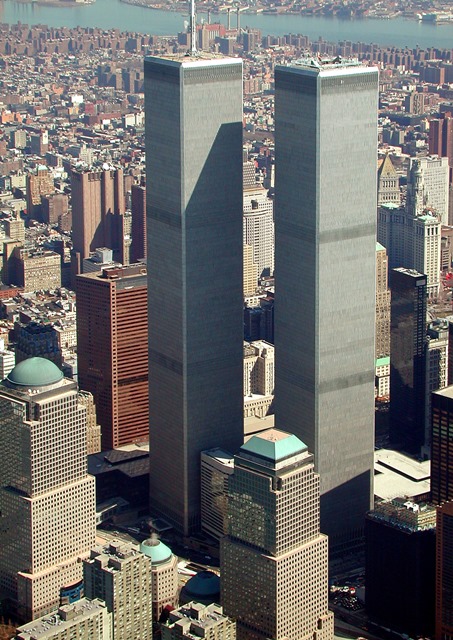 It’s hard to fathom it’s been 14 years now.  Millions of Americans were getting out of bed, getting the kids ready, making breakfast, on the way to work, walking into school, arriving at work et al.  There was nothing remarkable about that morning — and then the world changed forever.  As we watched the images unfold from Lower Manhattan, we were no longer from our towns.  We were no longer democrats or republicans.  We were no longer Black, White, American Indian, Hispanic nor Asian.  We were Americans and our way of life was under attack. 19 terrorists, 15 of them Saudi Arabian, had boarded planes and started killing people.  But, that wasn’t the plan in the end.  The plan was to completely  take over the controls of the planes and ram them into buildings in order to kill as many innocent Americans as possible.  The Clinton Administration failed.  The Bush Administration failed.  Bad guys who wanted to harm us went unchecked in our country and did the unthinkable. The result among us was predictable.  When pushed against the wall, Americans have always united and become stronger and more resolved.  We all became New Yorkers that day.  I would never suggest that we were better as a country because of the attacks.  No way.  If there were a way to go back in time and stop the attacks from happening, we would all do it in a heartbeat.  But, for a moment in time, we were one people.  And then, something changed. We went from absolute support of our first responders because their bravery was on display on that fateful day, to people targeting the police like they’re the bad guys.  We went from looking forward to a flight to far away land to being nervous and skeptical as we board the planes.  We went from going to the airport for an adventure to being forced to take off our jackets and shoes and belts — being felt up by a stranger or scanned in a machine after throwing away our water to prove we didn’t want to blow up the plane. We went from flying American flags from our cars and trucks to people actually taking pride in and posting pictures of themselves wiping their backsides with Old Glory or stomping on the symbol of our freedom. We were attacked on that day because the terrorists hate our freedom and liberty and value system.  They hate that we don’t believe what they want us to believe or that we support Israel.  We rose up against that extremist ideology and become a galvanized force for good.  Today, many more in this country are trying to bring us down from within because they also don’t like our value system, way of life and/or love of freedom and liberty.  This is what the terrorists wanted on that day.  Yes, we lost 3000 souls that day and I would never attempt to lessen that loss.  But, the end goal is coming to fruition as well.  Bring down the American system.  Bring down American greatness.  Bring down American pride and exceptionalism and make Americans question their own way of life. The best response is to come together again as a people.  Love our way of life and our friends and neighbors.  We need to once again be one American community that thrives because we do, in fact, live in the best land on this planet.  Our way of life will only survive if we stop allowing the hatred and division to permeate our resolve.   jp